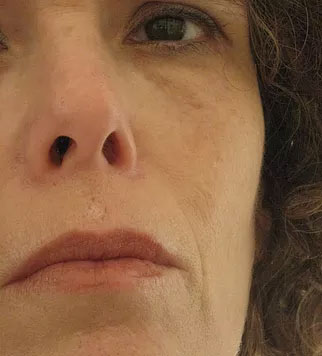 I was born and raised on Kibbutz Ramat-David in the Jezreel Valley (where I had no privacy, but still read and drew a lot). Final high school years were spent in Tel-Aviv, attending Gymnasia Herzliya. Sometime in between I had spent a year in London – a life changing experience for me.

After another year in London as a grownup I came back to study English (and French) Literature at the Hebrew University in Jerusalem, majored with distinction and went on to graduate studies in English Literature, all the while taking private drawing and painting lessons with various artists.

Taking a job as desk editor and translator in "Haaretz book supplement", I began writing reviews for the supplement on Art, design and literary topics. During my work for Haaretz, I took up formal design and illustration studies in the "Vital" academy: "the Tel Aviv Center for design" as it was called then, now comprising the illustration and graphic design departments in the Shenkar Academy. The Book Supplement began publishing my illustrations on its opening page, and later gave me a critic column on book cover design.

I also specialized in etching and printing techniques at the "Jerusalem print shop" and printed my work there for some years.

I now live and work in Tel-Aviv, an independent artist and poetry translator.